Act of Reparation to the Sacred Heart of Jesus

Devotion to the Sacred Heart of Jesus goes back at least to the 11th century, but through the 16th century, it remained a private devotion, often tied to devotion to the Five Wounds of Christ. The first feast of the Sacred Heart was celebrated on August 31, 1670, in Rennes, France, through the efforts of Fr. Jean Eudes (1602-1680). From Rennes, the devotion spread, but it took the visions of St. Margaret Mary Alacoque (1647-1690) for the devotion to become universal.

The devotion became quite popular after St. Margaret Mary’s death in 1690, but, because the Church initially had doubts about the validity of St. Margaret Mary’s visions, it wasn’t until 1765 that the feast was celebrated officially in France. Almost 100 years later, in 1856, Pope Pius IX, at the request of the French bishops, extended the feast to the universal Church. It is celebrated on the day requested by our Lord—the Friday after the octave of Corpus Christi, or 19 days after Pentecost Sunday.

This Act of Reparation (below) was prescribed to be recited on the feast of the Sacred Heart of Jesus by Pope Pius XI in his encyclical Miserentissimus Redemptor (8 May 1928).

A partial indulgence is granted to the faithful, who piously recite the act of reparation.

A plenary indulgence is granted if it is publicly recited on the Solemnity of the Most Sacred Heart of Jesus.

Most sweet Jesus, whose overflowing charity for men is requited by so much forgetfulness, negligence and contempt, behold us prostrate before you, eager to repair by a special act of homage the cruel indifference and injuries to which your loving Heart is everywhere subject.

Mindful, alas! that we ourselves have had a share in such great indignities, which we now deplore from the depths of our hearts, we humbly ask your pardon and declare our readiness to atone by voluntary expiation, not only for our own personal offenses, but also for the sins of those, who, straying far from the path of salvation, refuse in their obstinate infidelity to follow you, their Shepherd and Leader, or, renouncing the promises of their baptism, have cast off the sweet yoke of your law.

We are now resolved to expiate each and every deplorable outrage committed against you; we are now determined to make amends for the manifold offenses against Christian modesty in unbecoming dress and behavior, for all the foul seductions laid to ensnare the feet of the innocent, for the frequent violations of Sundays and holy-days, and the shocking blasphemies uttered against you and your Saints. We wish also to make amends for the insults to which your Vicar on earth and your priests are subjected, for the profanation, by conscious neglect or terrible acts of sacrilege, of the very Sacrament of your divine love, and lastly for the public crimes of nations who resist the rights and teaching authority of the Church which you have founded.

Would that we were able to wash away such abominations with our blood. We now offer, in reparation for these violations of your divine honor, the satisfaction you once made to your Eternal Father on the cross and which you continue to renew daily on our altars; we offer it in union with the acts of atonement of your Virgin Mother and all the Saints and of the pious faithful on earth; and we sincerely promise to make recompense, as far as we can with the help of your grace, for all neglect of your great love and for the sins we and others have committed in the past. Henceforth, we will live a life of unswerving faith, of purity of conduct, of perfect observance of the precepts of the Gospel and especially that of charity. We promise to the best of our power to prevent others from offending you and to bring as many as possible to follow you.

O loving Jesus, through the intercession of the Blessed Virgin Mother, our model in reparation, deign to receive the voluntary offering we make of this act of expiation; and by the crowning gift of perseverance keep us faithful unto death in our duty and the allegiance we owe to you, so that we may all one day come to that happy home, where with the Father and the Holy Spirit you live and reign, God, forever and ever. Amen. 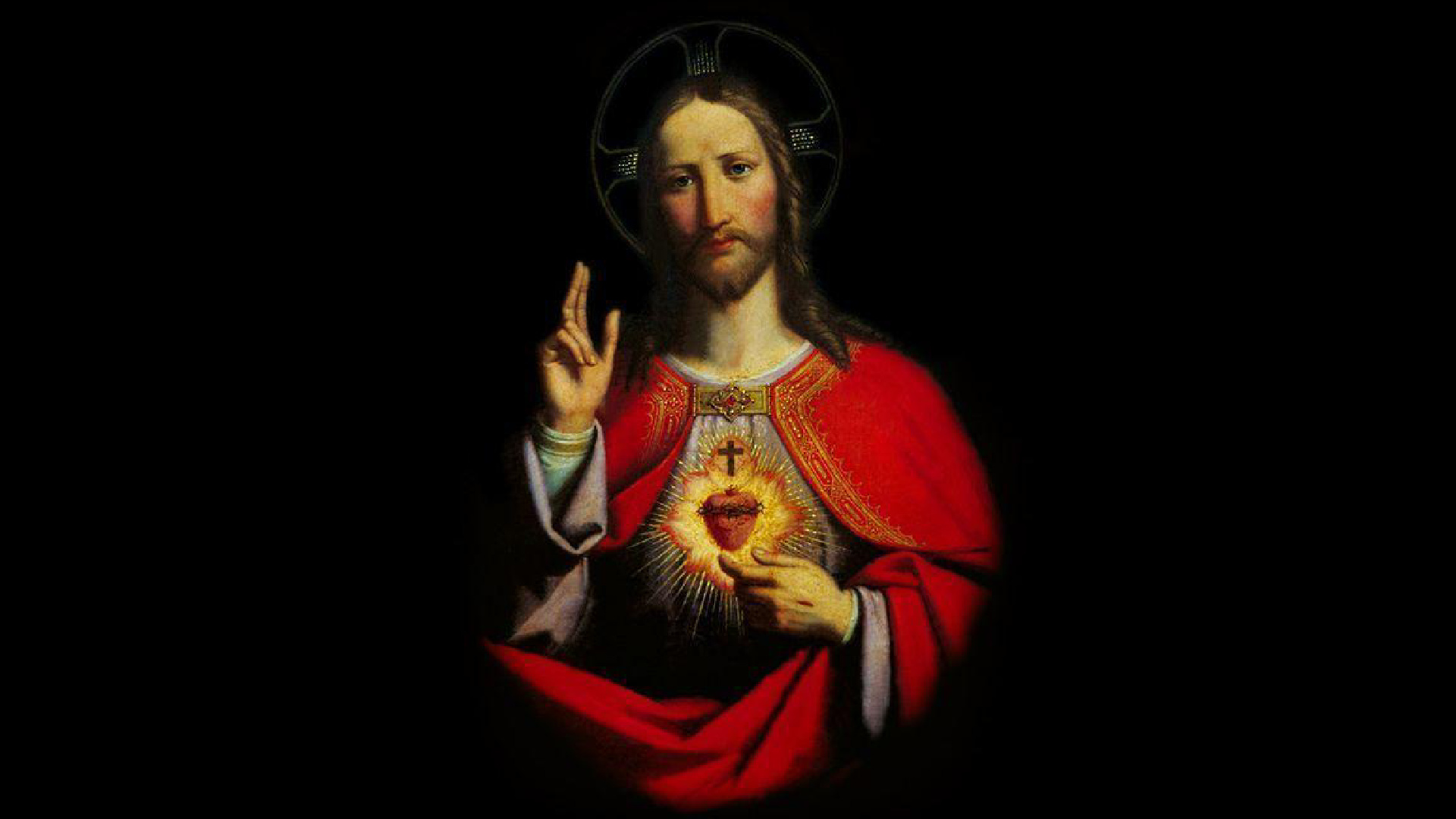