In the Nick of Time, Bridger Reminds Us All of the True Spirit of America

A 6-year-old boy is being hailed as a “little hero” after he survived multiple dog bites while trying to save his younger sister. The boy’s aunt said 6-year-old Bridger Walker may have saved his sister’s life by standing between her and a charging dog. Calling Bridger “our little hero,” his aunt said he was bitten several times on the face and head, then he grabbed his sister’s hand and ran for safety. He later told his aunt, “If someone had to die, I thought it should be me.” Bridger reportedly received more than 90 stitches.

Jesus said, “I give praise to you, Father, Lord of heaven and earth, for although you have hidden these things from the wise and the learned you have revealed them to the childlike.”

Leave it to God to use a 6-year-old boy to rise up in the midst of mass insurgency of “mob rule” that supports burning buildings, erasing history, attacking the police and the military, taking away our rights and silencing free speech. This is the class of people who have been malformed by an epidemic of propaganda – primarily from public schools and universities – hostile toward America; hostile toward anybody who expresses patriotism, especially as they honor all of those soldiers, law enforcement officers and first responders who stand in harm’s way, and even died, to save all of us from harm. These are the heroes who day-by-day echo the words of Bridger: “If someone had to die, I thought it should be me.”

No, according to the indoctrinated so-called “wise and learned,” the “Bridgers” of the world ARE the aggressors. So, we must defund the police and weaken the military. In the contorted minds of the self-professed elites, Bridger most likely “provoked” the attacking dog. So, punish Bridger and honor the dog, in their twisted minds.

So, defying authority, seeing work for pay as oppressive, and entitled to “free stuff,” is considered “woke.” Of course, this is why socialism (really, communism) is so attractive to this “woke” generation. Their skewed view of such a system is that everyone can just sit around, as we “fairly” split up all the pieces of the pie. There is to be no oppressive white-nationalist “striving to achieve” in this shangri-la in the minds of this entitled “woke” generation.

So, why did Bridger Walker put his life ahead of the life of his sister? The simple answer is that he had not yet had his behavior modified by bad influencers, i.e., bad parents, bad educators, etc.. You see? We have been created in the image of God. We are hard-wired to be heroes; to be selfless defenders of what is right and good and true. Jesus models this, most profoundly, as we gaze upon the image of Him dying on the cross “for us.” Viewing a crucifix is a constant reminder of our call to “take up our cross and follow” Christ’s lead to be willing to lay down our life for others.

Why do people enlist in the military or become a police officer or a firefighter or any kind of calling that puts their own life at risk for the sake of others? Because, maybe due to a quality upbringing, they have remained true to their raison d’être, their reason for being.

While this heroic selflessness is not unique to America, it has always been treated with the highest of honor in our amazing country. This is because we have always been proud to be a country founded on Judeo/Christian principles. So, this Godly selflessness is “who we are” as Americans!

I am so thankful for Bridger’s heroic act of selflessness that comes in the nick of time, just as the “woke mob” seemed to be gaining ground in convincing us that we are selfish and godless at heart.

Thank you, Bridger, for reminding us “We Are One Nation, Under God.” 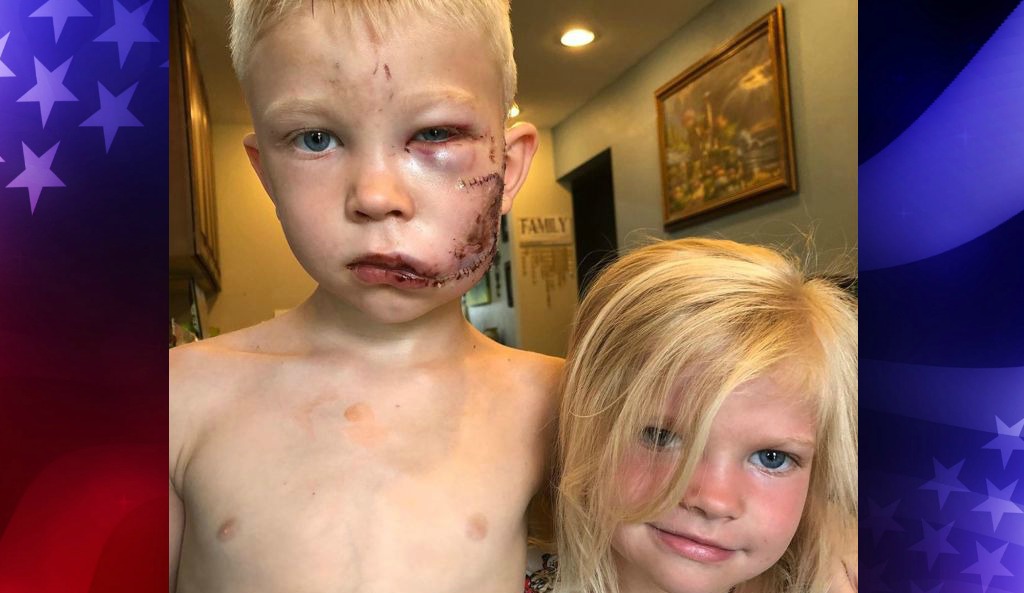