Jesus, and All “Good” Shepherds Are Divisive

I began my sermon this weekend (see below) by pointing to heroes. The heroes in our times are those unafraid to speak the truth openly, especially as we are being brutalized and censored by the “worldly” who will have none of this “truth.” These heroes are also seeing maltreatment from their own. Whether it is family, so-called “friends,” or even chastisement toward priests by their fellow clerics. “You are being divisive!!,” we are told, as if we are in direct contradiction to the image of Christ.

Let’s take another look at that image …

Jesus said, “I have come to bring fire on the earth, and how I wish it were already kindled! But I have a baptism to undergo, and what constraint I am under until it is completed! Do you think I came to bring peace on earth? No, I tell you, but division. From now on there will be five in one family divided against each other, three against two and two against three. They will be divided, father against son and son against father, mother against daughter and daughter against mother, mother-in-law against daughter-in-law and daughter-in-law against mother-in-law.” (Luke 12:49-53)

Jesus did not remain silent, nor did he follow the “gospel of the world.” He did not say what people wanted to hear, but what was true. He did not adapt to the world; he expected people to adapt to God’s truth as he spoke it. When Jesus ministered on earth he had some who followed him, and some who sought to kill him and eventually had him crucified. Today, also, he has some who follow him and some who seek to destroy his influence.

In my sermon, I drew attention to two of my heroes, in this regard. The first was the late, great Bishop Robert Morlino. Bishop Morlino “truly” loved his flock. Why do I say this? Because his love extended beyond his desire for his own safety and security and whether the collection plate was full. His priesthood was not about being a “business manager” but one of a “loving dad” who looked out for his “family.” He was willing to do everything he could to warn his flock of the wolves, who were intent on destroying his sheep; the wolves who were intent on twisting the truth as they sought to normalize pure evil. Because of Bishop Morlino’s “truth,” that countered the lies of the radical secular gospel of the world, there were those who sought to destroy him. Just as we saw President Trump regularly demonized in the media – because he was a real and present danger to the agenda of the radical secular “worldly” – Bishop Morlino experienced the same constant assault against him by local and even national media. That didn’t matter to Bishop Morlino, just as it did not matter to Christ. His love was “authentic,” and that meant putting himself in harm’s way to “save the souls” of his flock.

The second hero I noted in my sermon was Fr. James Altman. Fr. Altman is being absolutely brutalized by the worldly who only allow the radical secular gospel to be spoken. Fr. Altman is ferocious, like Bishop Morlino, in speaking the truth openly, as he seeks to save souls from the evil hungry wolves. I repeated, to my congregation, what I told Fr. Altman in a recent Grace Force podcast, “You are probably my favorite priest. It is absolutely clear that you *actually* love your flock, because you are relentless in courageously giving them the truth when virtually all clergy are too afraid to do so.” Because of this, Fr. Altman is pegged as being divisive … as if this counters what Christ asks us to do. Reread the scripture from Luke’s Gospel above.

I actually added a third hero, among the very few out there now, in my own Bishop Donald Hying. I about stood up and danced when I first read his May 14 tweet[1]. Obviously, he was not concerned with “being divisive,” especially in his tone and manner: “Pelosi says she’s ‘pleased’ with Vatican letter to U.S. bishops on Communion. So, in other words, Nancy, we bishops should just be quiet about your radical pro abortion stance, as you facilitate the continuation of the murder of millions of unborn lives.” Thank you, Bishop Hying, for expressing “authentic” love for your flock!!

I repeated over and over again in my sermon, “We are weak and divided.” The time is now to “get strong” and become “unified.” But, this “unity” is found at the cross of Jesus Christ, not some “compromised” position or the policy of accommodation and appeasement that, it seems, almost all of our bishops have chosen to follow.

So here we are. Evil has moved in and taken over because we are weak and silent, for fear of “being divisive.”

I can’t help but recall President Reagan’s famous speech entitled, “A Time for Choosing.” I’ll conclude by sharing a portion of that historic speech:

“Their policy of accommodation is appeasement…gives no choice between peace and war, only between fight and surrender. If we continue to accommodate, continue to back and retreat, eventually we have to face the final demand–the ultimatum. And what then? When Satan has told his people he knows what our answer’s gonna be? He has told them that we are retreating under the pressure of his Cold War, and someday when the time comes to deliver the ultimatum, our surrender will be voluntary, because by that time we will have weakened from within spiritually, morally, and economically. He believes this because from our side he has heard voices pleading for “peace at any price” or “better Red than dead,” or as one commentator put it, he would rather “live on his knees than die on his feet.”

And therein lies the road to war, because those voices don’t speak for the rest of us. You and I know and do not believe that life is so dear and peace so sweet as to be purchased at the price of chains and slavery.

If nothing in life is worth dying for, when did this begin–just in the face of this enemy? Or should Moses have told the children of Israel to live in slavery under the pharaohs? Should Christ have refused the cross? Should the patriots at Concord Bridge have thrown down their guns and refused to fire the shot heard ’round the world? The martyrs of history were not fools, and our honored dead who gave their lives to stop the advance of the Nazis didn’t die in vain. Where, then, is the road to peace? Well, it’s a simple answer after all.

You and I have the courage to say to our enemies, “There is a price we will not pay.” There is a point beyond which they must not advance. Evil is powerless if the good are unafraid.

Well, you and I have a rendezvous with destiny. We’ll preserve for our children this the last best hope of man on earth, or we’ll sentence them to take the last step into a thousand years of darkness. We’re at war with the most dangerous enemy that has ever faced mankind in his long climb from the swamp to the stars. And it’s been said, if we lose this war, and in so doing, lose this great way of freedom of ours, history will record with the greatest astonishment that those that had the most to lose did the least to prevent it from happening.

Well, I think it’s high time now that we ask ourselves if we still even know the freedoms that were intended for us by our founding fathers. Every generation of Americans needs to know that freedom exists, not to do what you like, but having the right to do what you ought, and that is the freedom that I wish for you. Set yourselves apart from this corrupt generation. Be Saints. You weren’t made to fit in, you were born to stand out. 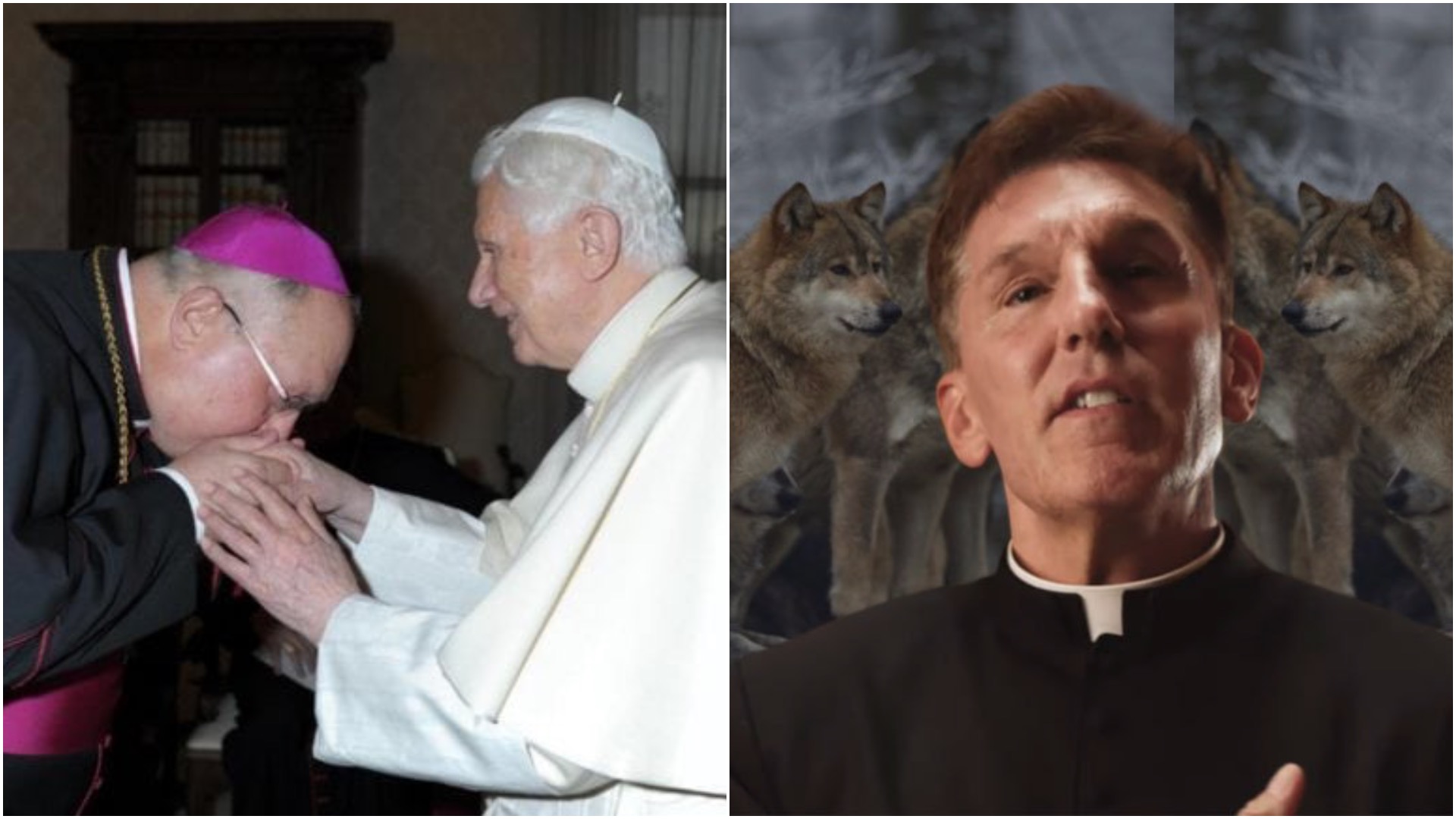