According to Edward Pentin[1] …

“At 3:30pm today (Rome time), on the vigil of Michaelmas, priests will be privately praying Leo XIII’s Prayer of Exorcism (the longer form of the Prayer to St Michael) at a church near Castel Sant’Angelo w/ intention to expel the “diabolical influence from the Vatican, especially in view of the #AmazonSynod[2]

NB: The priests are not performing an exorcism over the Vatican which they cannot do without episcopal permission, but are privately praying the prayers of exorcism for the sake of the Church.”

I am praying this today. If my brother priests want to join them in prayer today, here is the long form of the Prayer to St. Michael the Archangel, composed by Pope Leo XIII …

UPDATE: Fr. John John Zuhlsdorf (Fr. Z) recommends[3]: “I really think it best that you not use that prayer.  Instead, I urge you to pray the beautiful Lorica of St. Patrick.”

Published by Order of His Holiness Pope Leo XIII

The Holy Father exhorted priests to say this prayer as often as possible, as a simple exorcism to curb the power of the devil and prevent him from doing harm.

It could be used as a solemn exorcism (an official and public ceremony, in Latin), to expel the devil. It would then be said by a priest, in the name of the Church and only with a Bishop’s permission.

Prayer to St. Michael the Archangel

St. Michael the Archangel, illustrious leader of the heavenly army, defend us in the battle against principalities and powers, against the rulers of the world of darkness and the spirit of wickedness in high places. Come to the rescue of mankind, whom God has made in His own image and likeness, and purchased from Satan’s tyranny at so great a price.  Holy Church venerates thee as her patron and guardian.  The Lord has entrusted to thee the task of leading the souls of the redeemed to heavenly blessedness.  Entreat the Lord of peace to cast Satan down under our feet, so as to keep him from further holding man captive and doing harm to the Church.  Carry our prayers up to God’s throne, that the mercy of the Lord may quickly come and lay hold of the beast, the serpent of old, Satan and his demons, casting him in chains into the abyss, so that he can no longer seduce the nations. (Apoc. 20.2-3).

In the name of Jesus Christ, our Lord and God, by the intercession of Mary, spotless Virgin and Mother of God, of St. Michael the Archangel, of the blessed apostles Peter and Paul, and of all the saints, (and by the authority residing in our holy ministry)** we steadfastly proceed to combat the onslaught of the wily enemy.

V. God arises; His enemies are scattered, and those who hate Him flee before Him.

R. As smoke is driven away, so are they driven; as wax melts before the fire, so the wicked perish before God.

V. See the cross of the Lord; begone, you hostile powers!
R. The stem of David, the lion of Juda’s tribe has conquered.
V. May Thy mercy, Lord, remain with us always.
R. For we put our whole trust in Thee.

The crosses + below indicate a blessing to be given if a priest recites the Exorcism; otherwise a lay person is to make the Sign of the Cross.

We cast you out, every unclean spirit, every satanic power, every onslaught of the infernal adversary, every legion, every diabolical group and sect, in the name and by the power of our Lord Jesus +Christ.  We command you, begone and fly far from the Church of God, from the souls made by God in His image and redeemed by the precious blood of the divine Lamb +.

No longer dare, cunning serpent, to deceive the human race, to persecute God’s Church, to strike God’s elect and to sift them as wheat. +  For the Most High God commands you, + He to whom you once proudly presumed yourself equal; He who wills all men to be saved and come to the knowledge of truth (I Tim. 2.4).  God the Father + commands you.  God the Son + commands you.  God the Holy + Spirit commands you.  Christ, the eternal Word of God made flesh, commands you, + who humbled Himself, becoming obedient even unto death, to save our race from the perdition wrought by your envy; who founded His Church upon a firm rock, declaring that the gates of hell should never prevail against her, and that He would remain with her all days, even to the end of the world.  The sacred mystery of the cross + commands you, along with the power of all mysteries of Christian faith. +  The exalted Virgin Mary, Mother of God, + commands you, who in her lowliness crushed your proud head from the first moment of her Immaculate Conception.  The faith of the holy apostles Peter and Paul and the other apostles + commands you.  The blood of martyrs and the devout prayers of all holy men and women command + you.

Therefore, accursed dragon and every diabolical legion, we adjure you by the living + God, by the true + God, by the holy + God, by God, who so loved the world that He gave His only-begotten Son, that whoever believes in Him might not perish but have everlasting life; to cease deluding human creatures and filling them with the poison of everlasting damnation; to desist from harming the Church and hampering her freedom.  Begone, Satan, father and master of lies, enemy of man’s welfare.  Give place to Christ, in whom you found none of your works.  Give way to the one, holy, catholic, and apostolic Church, which Christ Himself purchased with His blood.  Bow down before God’s mighty hand, tremble and flee as we call on the holy and awesome name of Jesus, before whom the denizens of hell cower, to whom the heavenly Virtues and Powers and Dominations are subject, whom the Cherubim and Seraphim praise with unending cries as they sing: Holy, holy, holy, Lord God of Sabaoth.

God of heaven and earth, God of the angels and archangels, God of the patriarchs and prophets, God of the apostles and martyrs, God of the confessors and virgins, God who has power to bestow life after death and rest after toil; for there is no other God than Thee, nor can there be another true God beside Thee, the Creator of all things visible and invisible, whose kingdom is without end; we humbly entreat Thy glorious majesty to deliver us by Thy might from every influence of the accursed spirits, from their every evil snare and deception, and to keep us from all harm; through Christ our Lord.

V.  That Thou help Thy Church to serve Thee in security and freedom.
R.  We beg Thee to hear us.

V.  That Thou humble the enemies of holy Church.
R.  We beg Thee to hear us.

(The surroundings are sprinkled with holy water.) 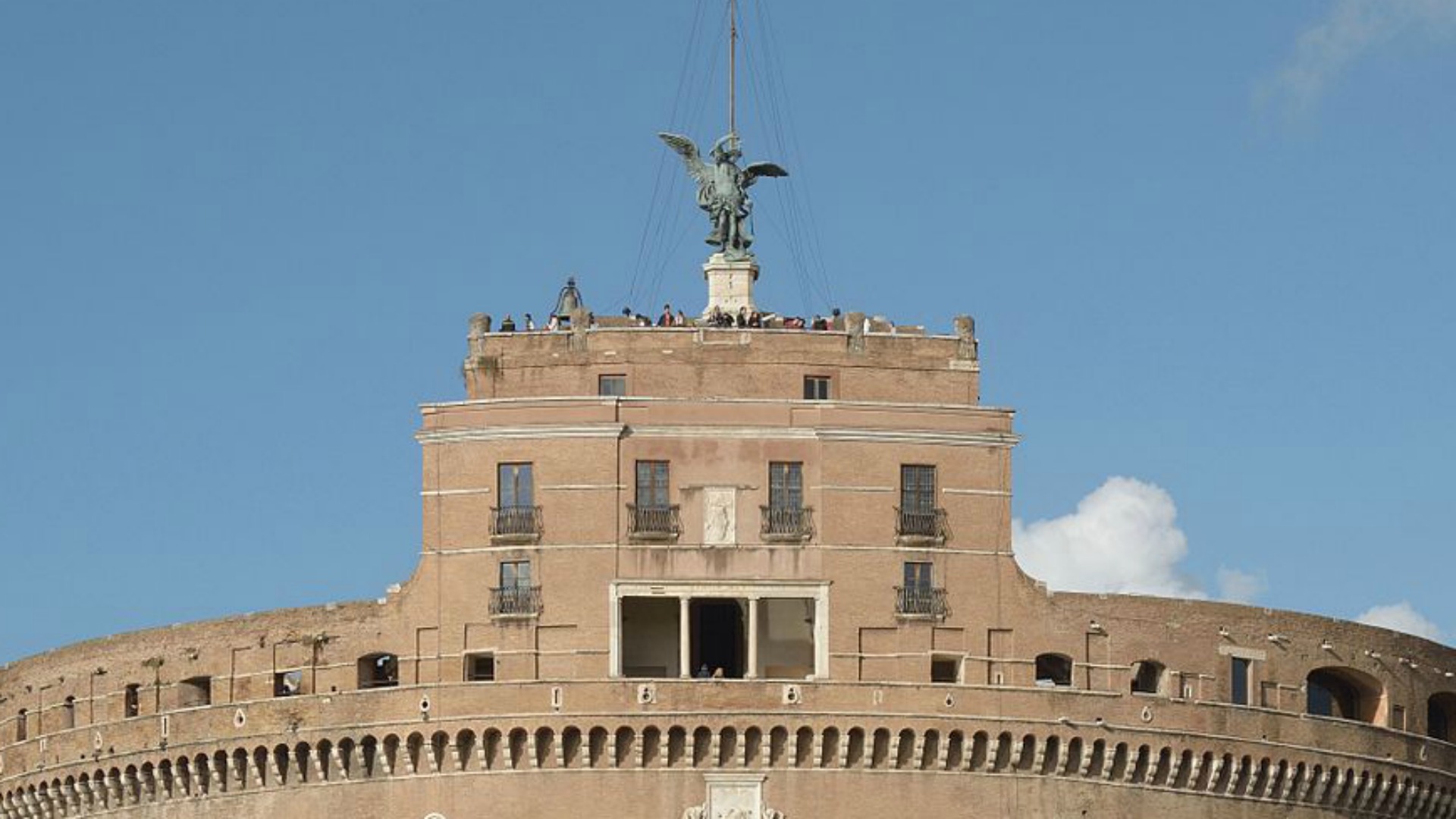