Saint Patrick’s Lorica is a prayer for protection. Lorica, in Latin, means breastplate and refers to ancient armor worn to protect the chest.

An old tradition has it that on Easter morning, as Saint Partick and his band of missionaries proceeded in processional order, toward the king’s court, they chanted the sacred Lorica, called the Faed Fiada, or Deer’s Cry, specially composed by Patrick for their protection.

As the minions of the Druids lay in ambush to intercept and kill Patrick’s band on their way to court, the assassins now saw not Patrick and his companions pass, but a harmless herd of gentle deer, a doe followed by her twenty fawns. Hence the hymn’s title, the Faed Fiada—Deer’s Cry.

Having been carried safe by the Lord through the ambush prepared for them, Saint Patrick led his host into the king’s presence, chanting: “Let them that will, trust in chariots and horses, but we walk in the name of the Lord.”

Through all the centuries since, the Faed Fiada—which many authorities pronounced to be Patrick’s own work and the first hymn written in Gaelic—has been used by the Irish as a lorica for protection.

Amy arises today
Through a mighty strength, the invocation of the Trinity,
Through belief in the Threeness,
Through confession of the Oneness
of the Creator of creation.

Amy arises today
Through the strength of the love of cherubim,
In the obedience of angels,
In the service of archangels,
In the hope of resurrection to meet with reward,
In the prayers of patriarchs,
In the predictions of prophets,
In the preaching of apostles,
In the faith of confessors,
In the innocence of holy virgins,
In the deeds of righteous men.

Amy arises today, through
The strength of heaven,
The light of the sun,
The radiance of the moon,
The splendor of fire,
The speed of lightning,
The swiftness of wind,
The depth of the sea,
The stability of the earth,
The firmness of rock.

Amy summons today
All these powers between her and those evils,
Against every cruel and merciless power
that may oppose her body and soul,
Against incantations of false prophets,
Against black laws of pagandom,
Against false laws of heretics,
Against craft of idolatry,
Against spells of witches and smiths and wizards,
Against every knowledge that corrupts man’s body and soul;
Christ to shield her today
Against poison, against burning,
Against drowning, against wounding,
So that there may come to her an abundance of reward. 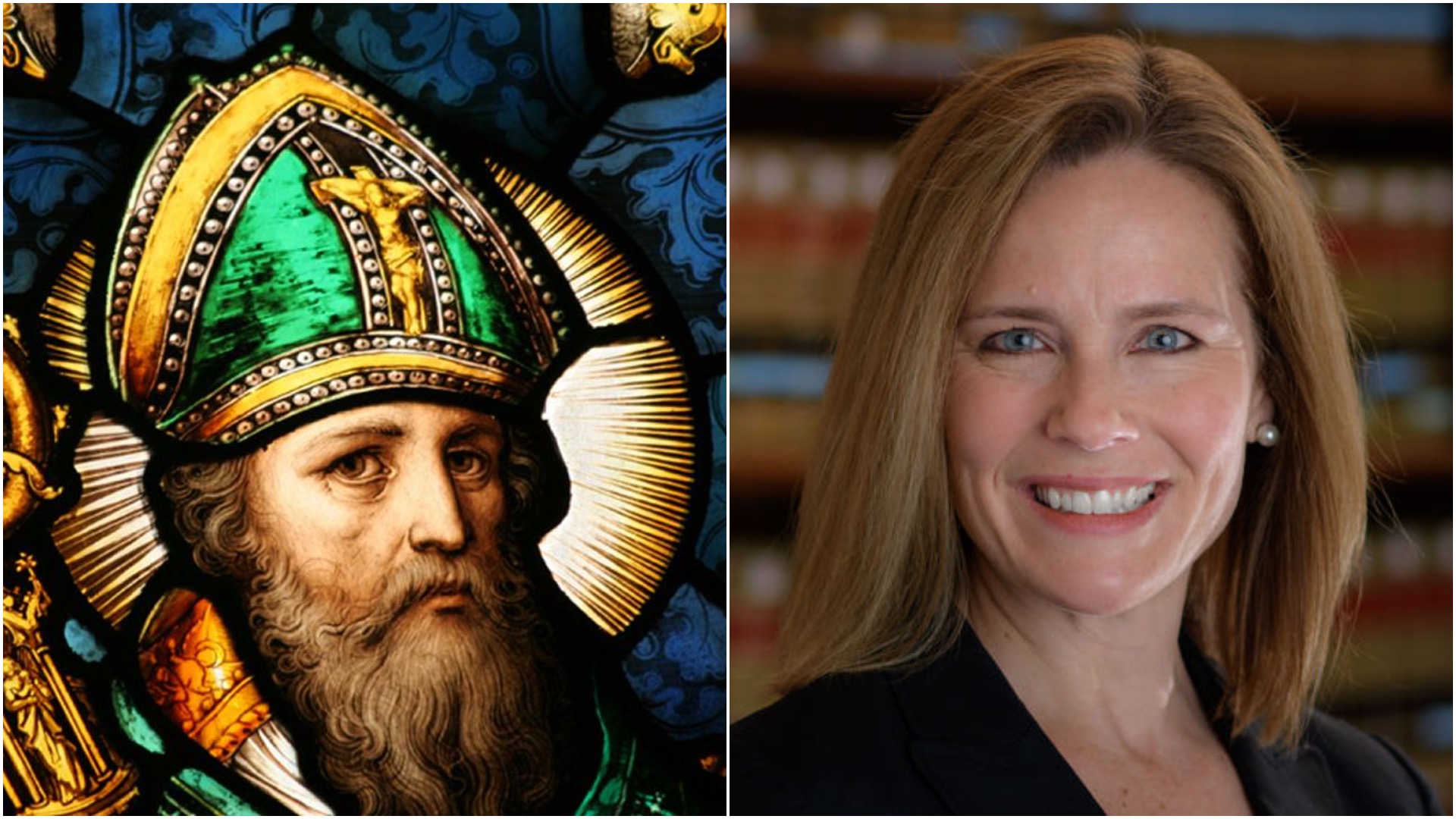